Last week, we focused on identifying the different attachment styles. Let’s shift our focus today on developing secure attachments in relationships. This will help to build strong, healthier connections.

Insecure attachment is a fear-based relationship style- the deep, even unconscious fear of abandonment or unmet needs. An insecure attachment style can come from inconsistent or unreliable parenting (the child’s needs were only met sometimes) and unavailable, or abusive parents. As a result, the child develops an unhealthy attachment style as an adult (such as having mistrust, abandonment issues, clinginess, insecurities, and not forming close bonds).

Check out these strategies and tools that can help you develop healthy attachments and maintain strong, lasting, and healthy bonds.

Learn More About Your Attachment Style – Once you’ve identified your attachment style, start learning more about it. This will help get a better grip on anxiety.

Set Boundaries– It’s important to set and enforce boundaries and respect the boundaries that your loved ones have set. Knowing that your wishes are respected can deepen and maintain strong connections.

Learn Your Triggers– Know what pushes your buttons so that you can clearly express them to your loved ones. Set up a strategy to redirect the intense feelings.

Time-outs– If it’s normal for you to overreact during triggering conversations, distance yourself from the situation for sometime. When you’re emotionally flooded, it’s challenging to clearly express yourself and it’s likely that the person listening will misinterpret what you’re attempting to communicate. Express to them that you’re feeling overwhelmed and you need a break. Take some time to cool down, think about how you feel, and revisit the situation with a clear mind.

Therapy– Therapy can help you learn how to effectively communicate and set healthy relationship goals.

Stop Trying to Mind Read– Don’t assume you know what someone is thinking. Instead, simply ask. Trying to mind read can lead you to jump to conclusions and worst-case scenarios. This can cause you to make mistakes and hurt people. For example, by prematurely breaking up with your partner after a fight because you assume that they’re going to call it off.

Changing your attachment style may not easy, but it’s possible.

So, what are the different attatchment styles? Let’s delve in.

First, there’s the Secure attachment. Just as the name says, people with a secure attachment are just that. Secured. Individuals with this attachment style form stable relationships where trust and respect are mutual and where the dependency on one another and expectations are healthy and balanced. They’re not afraid of intimacy, they know how to draw boundaries, and they accept and show vulnerability with ease because they’re comfortable with their emotions. They’re also are not afraid to leave an unhealthy relationship. This is the only healthy attachment style.
Early Years: Individuals with this attachment style usually had their needs met as children in a safe, nurturing environment. As infants/children, they felt comfortable around their parents and had a clear understanding of how they should be treated.

The second attachment style is Anxious attachment. Anxiously attached people tend to be very insecure about their relationships. Because of their strong fear of rejection or abandonment, they often worry that their partner will leave them. Thus, constantly wanting validation and exhibiting neediness or clingy behavior (such as getting anxious when their partner doesn’t text back fast enough and constantly feeling like their partner doesn’t care enough).
Early Years: An anxious attachment is developed in childhood when the child receives an unreliable and inconsistent amount of love and care. As young children, they may cling to caregivers, be desperate for their attention. or become inconsolable when a caregiver leaves.

When Mary Ainsworth (the psychologist that helped to develop the attachment theory) assessed children’s attachment patterns at 12 to 18 months, noted that when the children with anxious attachment were reunited with their mothers, they were confused, dazed or agitated; staring off into space and avoiding direct eye contact with her. They remained intensely focused on their mother, but did not seem to be satisfied or comforted. The narrow focus and limited responses of these children prevented any further play or exploratory behavior.

The third is Avoidant attachment. People with this attachment style tend to have trouble getting close to others. You can be around them, but they’ll keep you at arm’s length and won’t let you in. If they’re ever hurt, disappointed, or feel abandonment of any form, they will vow to never again be placed in such a position of need. They have such a deep-seated fear of intimacy that they even avoid and deny their own feelings. These individuals often isolate themselves and prefer living an independent lifestyle.
Early Years: During childhood, only a portion of their needs were met. For instance, they may have been fed, but they were emotionally neglected because their parents were emotionally distant. Their parents expected them to be independent and tough.
Because of the emotional, physical, or relational unavailability from childhood, they’ve decided to only trust and rely on themselves.

Lastly, there’s the Fearful-avoidant attachment. It’s a combination of both the anxious and avoidant attachment styles. This attachment style is often seen in people who have been physically, verbally, or sexually abused or neglected in their childhood. People with fearful-avoidant attachment crave affection, connection, and love, but they’re reluctant to trust and connect with others. They even feel unworthy of love…so they remain independent and distant. In fact, when they’re pushed to open up, they may completely shut down.
Early Years: These individuals often experienced a chaotic childhood environment, in fear of their abusive parents. Their parents may have been suffering from PTSD, personality disorders, or depression.

Though most people develop their attachment style from infancy, it’s possible to change it. Stay tuned for the next topic: Developing Secure Attachments. 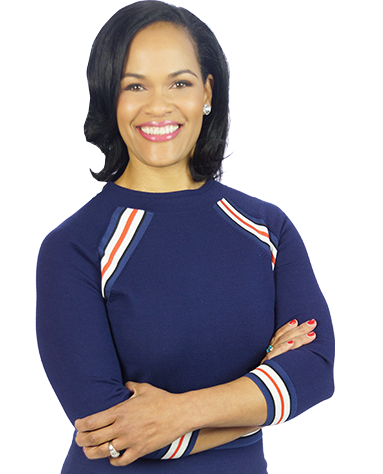